“XLR8R TV introduces you to John Benson and his Bus.”

Stalkin’ John Benson: just in case there was any doubt that I am one of the greatest web surfers who ever lived:

I watched an episode of Sitaarre on East Bay public access TV, and they had this performer on, “Hard Kaur” —

She is first indian rapper based in the UK…

He’s totally nutty; he’s playing 4 tracks on top of each other by artists: 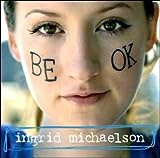 I have a song from an alternate universe stuck in my head again.

Imagine this part as she sings it…

Now imagine it’s being sung by a man with a high voice, with an a cappella backup. Now have it playing on grainy AM radio with nice analogue tubes in the dead of night… or even playing over a malfunctioning short wave radio set in an isolated outpost. Radio from an alternate universe. See how I snuck the sci-fi horror in there?

Strong temptation to buy the Buddha Machine 2.0 from FM3. It has new colors, new sounds, and even a pitch-shift dial that lets you change the pitch of the sound loops.

While it’s theoretically possible to build your own Buddha Machine, I think it’s a bit pointless, since the packaging is a lot of what makes these little guys fun… maybe if I made a wooden enclosure for it? That might be awesome.

There are also some remixes cropping up. Maybe I’ll have some on my ipod.

This 8-track tape belonged to my grandparents.
It’s Enka; I can’t really read it.
I ripped it to mp3, and transcribed the titles and artists for future analysis. 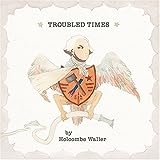 Last night I went to see Holcombe Waller at Cafe du Nord. He was very good; I like his sound much much better than before on “Advertising Space.” I guess that was 10 years ago…

He was mostly solo; he was sitting on a chair alone on stage with his guitar, dressed in flannel with black-framed glasses and a beard, so it was kind of like the Eric Clapton MTV Unplugged.

Waller used his voice as a percussion instrument in this performance. His first song was this thing that I STILL can’t find on the damn albums; the only way I can think to describe it is as sort of a “Walking Song” by Meredith Monk which then transitions into a song that is like a more plaintive “Country Roads” by John Denver. Hopefully I can figure out what song that was, it had the word “Saskatchewan” in it.

UPDATE: it was a Buffy Saint-Marie cover called “Qu’appelle Valley, Saskatchewan.” Remember Buffy? From Sesame Street? Well I do. Anyway, Holcombe Waller’s version is on YouTube, I embedded it below. The version he performed was ever so slightly more mellow than this one.

One of the songs he did that was also really awesome was “Literally the End of the World.” That one is his.

His guitar work was very intricate. I actually bought everything he had there so now I have the complete Holcombe Waller collection. He needs to make more stuff to buy…

Opening for him were two groups also from Portland, OR, including Loch Lomond, who were quite good. Their instrument selection was pretty zany; at one point they used those corrugated tubes you swing over your head. I bought their albums too.

Very arty day today. I went out to do some shopping, and saw Victoria Victrola “performing” on Telegraph. She’s a living statue, so her performance consists of standing very very still… If you see her, tip her for photos please; this is how she makes a living! She tends to be in the Berkeley BART station, or in front of it, or occaisionally on Telegraph, as I saw her today.

Later ShaC and I went to see King Khan & BBQ, who were pretty great. They were playing at the Ghost Town Gallery Warehouse, which is such a craphole it is awesome; it’s this cement shell filled with random debris. But the funniest thing was the crowd, who were all terrible hipsters. Example: one girl was wearing a qipao and a beret. Some of these dudes insisted on smoking during the show, which always makes me psychotic.

While everyone around us wore trendy crap and tattoos, we showed up drinking Starbucks, wearing $300 acoustically-neutral earplugs, and texting our friends on our phones. See, we were ironically bourgeois. Later we drove home in our SUV with GPS display playing our iPods integrated into the dashboard. Nyeah hah.